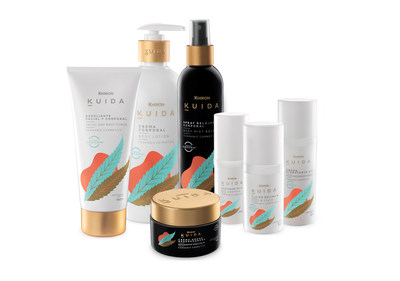 Dixie-Khiron will take advantage of the complementary strengths of both companies to manufacture and distribute cannabis-infused products to the Latin American market. By combining Dixie's portfolio of more than 100 cannabis-infused products with Khiron's established footprint throughout Latin America, the companies aim to capture first-mover advantage and establish leadership in the region of 620 million people.

In accordance with the Agreement, Dixie will also manufacture and distribute Khiron's Kuida® brand of cannabidiol (CBD)-based cosmeceuticals in the United States. Kuida is expected to be broadly distributed and is expected to have particular appeal to the growing U.S. Hispanic population, estimated at nearly 60 million.

Chuck Smith, President and CEO of Dixie Brands, stated, "In the weeks since we announced this partnership it has become even more clear that the strengths of our two companies are perfectly aligned to lead in Latin America. Our marketing and regulatory teams have analyzed the opportunities and requirements across the region, and we are completing detailed business plans to secure 'first mover' advantage. By leveraging our existing infrastructure, intellectual property, expertise and distribution channels, we are moving quickly to introduce products to selected markets."

Latin America is among the world's fastest-growing cannabis markets. According to Prohibition Partners, cannabis spending in the region is expected to reach US$12 billion by 2028, and Quintiles IMS estimates that there are approximately 68 million potential patients in Latin America that could benefit from medical cannabis. With six megacities of 10 million or more located in Latin America (UN Data Booklet: The World's Cities in 2018), the market offers an attractive, super-urban and informed consumer base for cannabis-infused consumer products, with an awareness of recognized global brands and access to a vast retail network that has seen five-year retail revenue growth averaging 10.6% per year (Deloitte Touche Tohmatsu: Global Powers of Retailing 2018).

Alvaro Torres, Co-founder and CEO of Khiron Life Sciences, stated, "Our timing for launching this joint venture is ideal.  Latin America is poised to become one of the world's largest cannabis markets, due to continuing legalization across the region and the increasing affluence of the population, particularly in urban areas. Despite these attractive dynamics, there are relatively few significant competitors, as many companies have targeted other global regions. We believe we have an opportunity to establish ourselves as a dominant player in this market."

Khiron operates in the Colombian market and has incorporated entities and obtained certain licenses with an objective to enter the Peru, Chile and Mexico markets. The Company has announced plans to enter Brazil and Uruguay through its proposed acquisition of NettaGrowth International Inc. ("NettaGro"). Upon completion of the NettaGro transaction, Khiron will be positioned in markets which collectively represent more than 430 million of the total Latin American population of 620 million people.

Dixie's extensive portfolio of intellectual property, developed and successfully commercialized over the past nine years, includes SKUs in each of the major categories of cannabis-infused products.  Dixie and Khiron anticipate that the majority of these products can be introduced to the Latin American market in their current formulations or with minor adaptations to reflect local preferences.  The following table lists a sample of Dixie's existing products corresponding to several mainstream consumer categories, along with Euromonitor International estimates of the total Latin American market size in 2018.

Hillcrest Merchant Partners Inc. acted as advisor on the JV and, upon completion of the JV, will receive an advisory fee payable equally by the parties in shares of Dixie and Khiron.

Completion of the JV and the commencement of operations is subject to the receipt of all required regulatory approvals, including final acceptance of the TSXV.

Dixie Brands Inc., through its licensed partners, has been formulating award-winning THC and CBD-infused products since 2009. Currently operating in five U.S. states, it is expecting to double its manufacturing and distribution capabilities in 2019 in the U.S. as well as expand internationally, including Canada and Latin America. Dixie leads the global industry in the development, packaging design, product innovation and quality control for the commercial production of cannabis infused products. While Dixie started with a single flagship product, the Dixie Elixir (a THC-infused soda), it is now one of the industry's most recognized consumer brands, expanding to over 100 products across more than 15 different product categories representing the industry's finest edibles, tinctures, topicals and connoisseur grade extractions, as well as world-class CBD-infused wellness products and pet dietary supplements. Dixie's executive team has been instrumental in the formation of the cannabis industry for recreational and medicinal use, serving as founding members on several national regulatory and business-oriented industry organizations. To find out more about Dixie's innovative products, or about how Dixie is building the future of cannabis, visit www.dixiebrands.com.

Khiron Life Sciences Corp.  is positioned to be the dominant integrated cannabis company in Latin America. Khiron has core operations in Colombia and is fully licensed in the country for the cultivation, production, domestic distribution, and international export of both THC (tetrahydrocannabinol) and CBD (cannabidiol) medical cannabis. In May 2018, Khiron listed on the TSX Venture Exchange, becoming one of the first Colombian-based medical cannabis companies to trade on any exchange globally. Khiron is led by Co-founder and Chief Executive Officer, Alvaro Torres, together with an experienced executive team, and a knowledgeable Board of Directors that includes former President of Mexico, Vicente Fox.

Further information on Khiron can be found at https://investors.khiron.ca/

This news release contains market and industry data and forecasts that were obtained from third-party sources, industry publications and publicly available information. Third-party sources generally state that the information contained therein has been obtained from sources believed to be reliable, but there can be no assurance as to the accuracy or completeness of included information. Although management of Dixie and Khiron believes it to be reliable, neither independently verified any of the data from third-party sources referred to in this news release, or analyzed or verified the underlying studies or surveys relied upon or referred to by such sources, or ascertained the underlying economic assumptions relied upon by such sources.

The forward-looking statements contained herein are based on certain key expectations and assumptions, including that: (i) there will be no material adverse competitive or technological change in condition of either Dixie's or Khiron's business; (ii) there will be a demand for Dixie's and Khiron's products that both Dixie and Khiron have accurately forecast; (iii) there will be no material adverse change in Dixie's or Khiron's operations, business or in any governmental regulation affecting Dixie, Khiron or their suppliers; and (iv) entering into certain agreements contemplated by the Agreement, including a license agreement for Dixie-Khiron's use of Dixie intellectual property in Latin America and a manufacturing and distribution agreement for Dixie's sale of Kuida® products in the U.S.

These forward-looking statements are made as of the date of this news release. Neither Dixie nor Khiron undertake any obligation, except as required by law, to update or revise any forward-looking statements contained in this news release, whether as a result of new information, future events or otherwise, other than as required under applicable securities legislation.

The CSE has neither approved nor disapproved the contents of this news release.

Neither the TSXV nor its Regulation Services Provider (as that term is defined in the policies of the TSXV) accepts responsibility for the adequacy or accuracy of this press release. 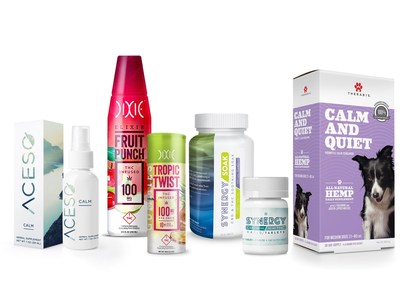